The Consequence of Setting Goals 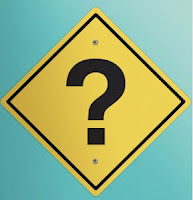 Sticking to the goals is something that my boss taught me. He is a teacher, after all. Well, not taught me, exactly. I've done the 7 Habits, I know about setting goals. I've just never been really good at sticking to it. I get distracted. I make too many goals, or start off in a different direction. It's hard for me to stay constant on one path.

But every week when I meet with my boss, our top five agenda items are the goals he set for himself this year (oops, I guess I should be doing that with my staff too. But that would mean actually writing out the goals that we set at our retreat, which is one of my goals, so it comes full circle).

One day a couple months back, I was taking a long walk, and was reflecting on my workday. I had a great day - I was working on stuff that was totally not important for "work." I was designing plexi-glass panels for the laser-cutter, and I realized that when I do that - when I focus on what I like to do, even when it's not "important" - it tends to have a positive impact and, usually, I get rewarded for it.

That's one of the things I love about being carless. I walk. When I walk, I think. When I actually have the time and space to think, I realize things.

What I realized, is that maybe the "other" stuff that I do, when I'm supposed to be working, is what I'm actually supposed to be doing for work. Stick with me a moment. I'm supposed to do the accounting and financial tracking for my work. But, I'm also in charge of branding and space and design, even though they're not really part of my job (but my boss knows I'm capable and wants that for the department, so he asks me for it too.)

When I'm doing that work (that's not really necessarily "necessary"), I'm energized, and it rubs off on the rest of the team. When we're energized, we have more ideas. When we have more ideas, things develop. It might not have been what was on our, "to do list," but our excitement and passion and talent makes it successful and so it is then appreciated.


What am I talking about, you ask? A room. A silly room. It's not important to the grand scheme of things. One day, while walking around with the boss, we decided to take a space that was being occupied by cubicles and break down the walls and make it into a lounge space instead.


For some reason, facilities was more on top of things than usual and was ready to paint. We had to decide on a color. I saw great colors in another building on campus so the whole staff got up, closed up the office, and headed over to the other side of campus to check out Lincoln Hall to see the "orange" I was talking about.


We stopped at the facilities office along the way and discovered that although orange used to be one of the choices, it was no longer an option because it was too associated with another school (that have Beavers as a mascot). But, our student worker, Adrian, saw a deep red they had in Lincoln Hall and thought that would be good for the room. So we went with that.


I wanted to use the "whiteboard wallpaper" that we had bought and wrap the walls. It would tone down the red and make the space interesting. One of the researchers donated furniture. The new staff guy mentioned having little tables mounted to the wall. One of the other staffers then picked up little doors from IKEA to use as tables, but we had to put in something where the recesses in were so that it was smooth. The carpenter (who put up the whiteboard wallpaper) scored us some "extra" plexiglass from the shop and cut it to shape for us. Our lab manager dubbed it "20Lounge," like, "30-rock" he said, and he, being a real-true engineer, could use the nifty laser-cutter we have to carve drawings I make into the plexi-glass.

During our staff meetings, we would meet in the evolving "20Lounge" and came to realize it was becoming an awesome space. We all contributed ideas, we all went with our instincts even if they didn't seem practical (red walls, doors as tables, wallpaper for whiteboard), and it turned out great.

It made me realize that's what I want to do for work. I don't know what "that" is exactly. But, it's creative, it's inspired, it's being goofy and instinctual and going with it, and inspiring the rest of the team to do likewise. I'm good at that - whatever "that" is. Now I just have to figure out what kind of job that actually is.

As I walked and reflected on the day, I realized I would no longer disregard "that" as unimportant. I was going to make "that" a priority. The closest I could come to naming it was "art and writing." From now on, my focus would be in art and writing (with creativity and humor). Even if I had skills and interests and was being drawn into other areas (my distractions) I would keep focus. In the same way my boss would evaluate how to spend his time and check to see if they were part of his "goals." I would check what I was focusing on at work and see if it met "art and writing."

That didn't mean I wouldn't do the "real" parts of my job. Those are necessary and unavoidable. But, when given a choice, when given time, I would choose to focus on creativity.

What this ended up resulting in, is me quitting my job. Not my real job, but my extra job. I wrote about it in my other blog, "ReunionEyes" because I discovered that I actually followed through with it. I made writing a priority. So, unwittingly, the example my boss set in goal-setting resulted in me stopping my work with him. At least on that project.

I wonder where the goals will lead next.
Posted by Text at 10:48 PM